Keash Village is located 7km from Ballymote, County Sligo, on the (R295) Boyle Road. The Caves of Keash are on the west side of the 362m Keashcorran Mountain (Keash Hill) and an unopened cairn is on the summit. There are 17 caves with the largest having a height of about 9m. Some are said to penetrate deep into the mountain. Earlier exploration found bones of bears, deer, boar, wolves and traces of sea creatures. 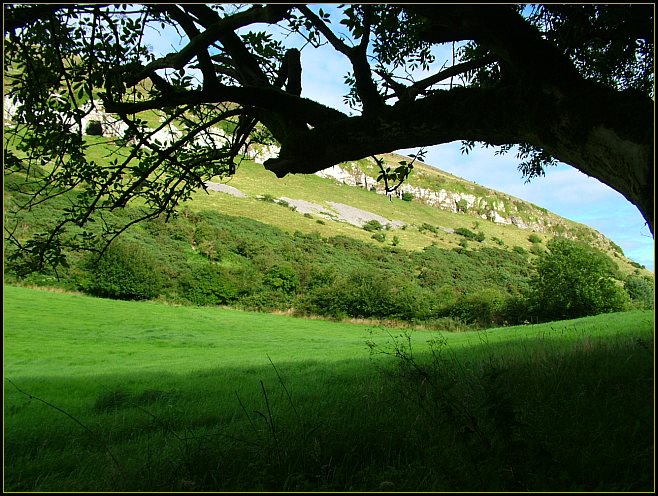 The Keash area abounds with myth and legend and one of the most popular relates to the theft of a baby boy, Cormac McAirt, as he lay sleeping, by a she-wolf and taken to a nearby Keash Cave to be reared with her own cubs. Cormac was recovered years later, while at play with his adoptive wolf siblings. Cormac McAirt was destined to become a renowned High King of Ireland.

Grave of the Kings 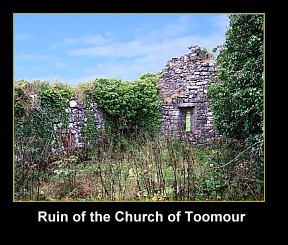 Mentioned in the 'Book of Ballymote' (14th Century)
the major Battle of Keash (971) was fought between the Northmen and Connaughtmen. Many chiefs and princes were killed in the battle which resulted in victory for the Northmen. The Royal dead from both Ulster and Connaught which included Cathal, son of the King of Connaught, were buried together in a grave close to the ruin of the Church of Toomour. Earlier excavations at the grave revealed 1,000 year-old human bones.

The Kings' interment is remarkable in that following the Battle of Keash, the fallen Royal combatants from both sides, were treated with equal respect and reverence.
The Kings' Grave at Keash is also the largest single, confirmed burial of ancient Irish Royals anywhere in Ireland.