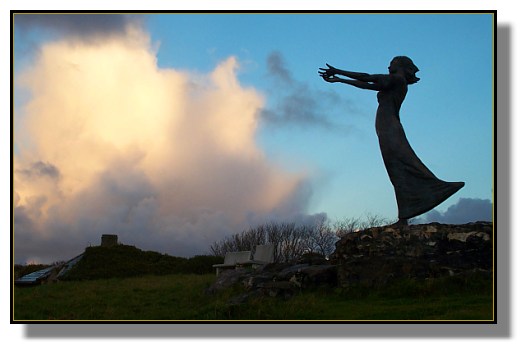 The "Waiting on Shore" monument is located near the Lifeboat Station, Rosses Point village and was officially unveiled on August 10th. 2002 by Capt. Frank Devaney and Mrs. Myra Bruen-Curley.

The bronze statue depicts a woman holding her arms out to sea and stands as a memorial to Rosses Point men lost at sea, the sculpture also commemorates the women who waited on shore.

The site for the statue, by sculptor, Niall Bruton, was donated by Sligo County Council and more than E40,000 was raised by a committee for the project. 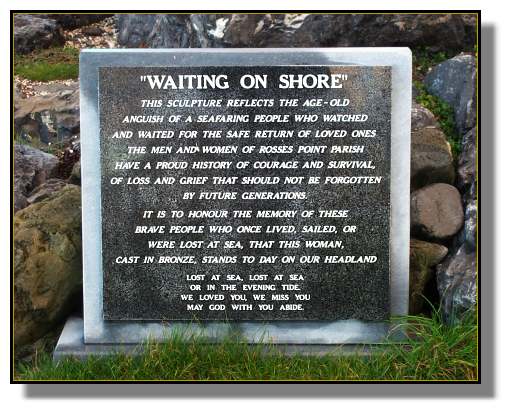 Plaque at base of commemorative statue.